Nice to be back in the real world! And to be going to Lucca again.

Our first reaction to the pandemic was to "make lemonade" and start a menu blog. It was sufficiently useful as an aide memoire and as a prod to cook new things that I kept at it for six weeks.

Here's a quick rundown on a few things I'm excited about at the moment: [actually just an excuse to play with the wonderful HTML <details> tag; it's all CSS: there's no JavaScript employed!]

I've completed the third offering of my Biblical Literacy study group at HILR (previously in 2009 and 2011). A terrific group of knowledgeable and enthusiastic study group members. Had a wonderful time.

I continue to work away at my long-time goal of a web application which will make it easy to specify a history timeline. I think timelines are easily the most powerful undervalued pedigogical tool and I think that's because it's hard and therefore expensive to produce one. Of course, computers are good at that so the problem could be solved with a properly designed program. Don't hold your breath!

Of course, I've been spending a fair bit of time reading and would recommend:

Not everything I've read can I recommend.

I've been a member of the Harvard Institute for Learning in Retirement since 2009. It's a group of 550 superannuated folks who put on courses (sample catalog) for each other. It's been a tremendous stimulus for me to pursue the intellectual history I was unable to study at Harvard College (they didn't teach it). Of course, if you really want to learn something, you should teach it!

I'm thinking about my next course which would be Six Things We Now Know Ain't So including body/soul dualism and that human beings act rationally (the basis for classical economics).

Ever since the advent of Open Yale Courses it's been painfully clear that Harvard fails in its mission by not recording undergraduate courses for free viewing on the web. So I collaborated with Prof Shaye Cohen, a wonderful teacher, to put his two undergraduate courses online without any Harvard participation beyond permitting the final product to appear on the Harvard iTunesU channel.

Our food blog is here and an aging collection of favorite recipes is here but here are some specialities of the house: 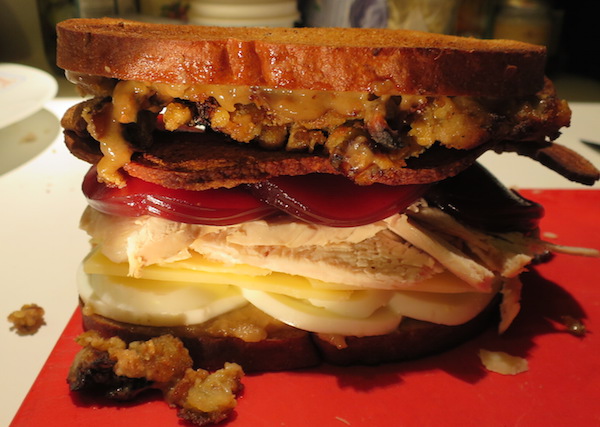 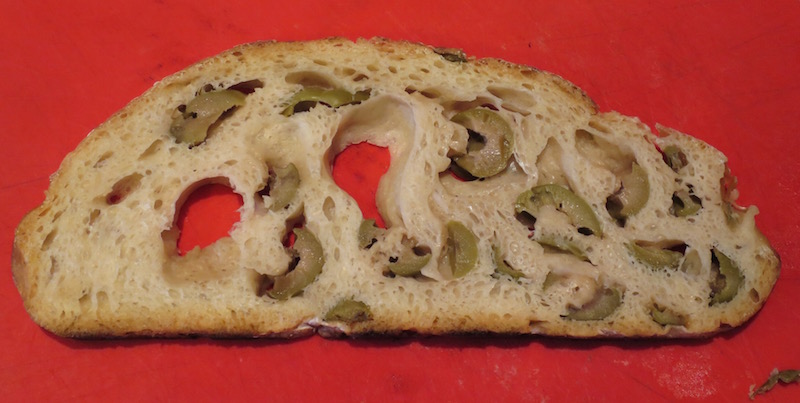 Olive Bread
I'm a hugh fan of olive bread, but nothing I can buy has enough olives (I guess the olives are a lot more expensive than flour). The solution has been to use Jim Lahey's no-knead bread recipe with about 3 cups of chopped olives to make the ideal loaf. 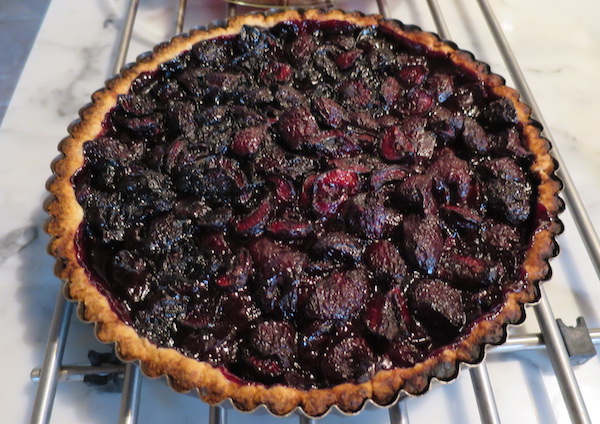 Cherry Tart
This is the tart we make at the villa during cherry season. Exactly the same recipe as for our classic blueberry tart; the cherries come from the nearby town of Vignola, considered the best source for cherries in Italy.

Some favorite things said to me or encountered:


Some signs in English:

We're in Grossetto, returning to the villa from our 5000km, eight-week tour of Greece in 2011, fortified with provisions from Volpetti, the Dean and Deluca of Rome. 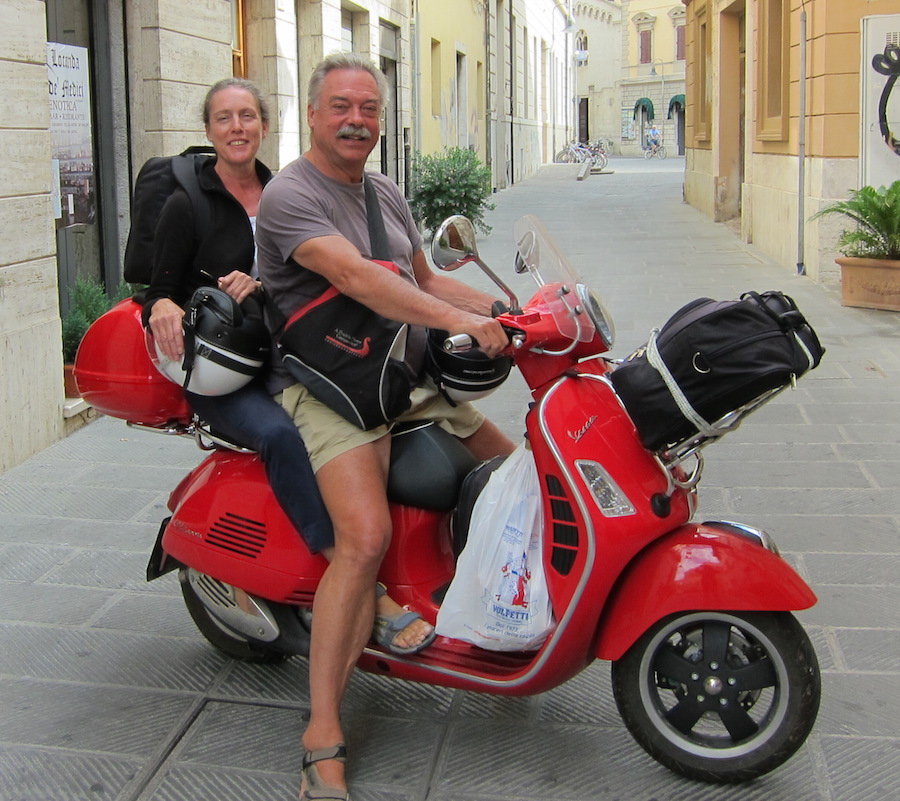 2011: Around Greece (eight weeks on the new Vespa)

2017: Across the Pyrenees to Bordeaux

2018: The Netherlands and Belgium (five weeks on a rented Vespa)